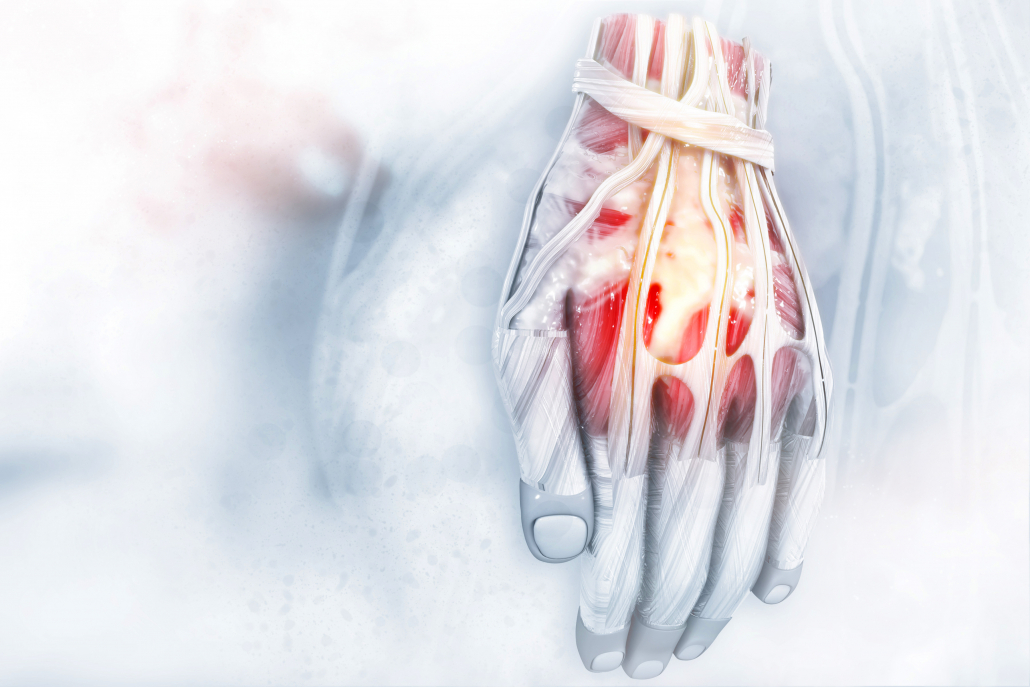 The hand, human’s very own versatile but vulnerable tool

Bones, ligaments, muscles and tendons, they all lend a helping hand in forming the complex anatomical puzzle with which we grasp, grip, pinch and manipulate objects precisely. That intricate puzzle is the hand. Small in surface, but great in versatility

Throughout our lifetime, the fingers of one hand bend and extend around 25 million times on average to perform a wide variety of activities (Ingram et al., 2008). A functional hand is capable of performing both motor and sensory tasks that allow us to have meaningful interactions with our environment. The tasks we perform, some more complex than others, generally do not require planning and are considered routine. But this has not always been the case. Nowadays we unconsciously use our hands in all aspects of our daily life, but we tend to forget that the hand is in fact one of the highest achievements of primate evolution (Alpenfels, 1955). Throughout history, our hands have undergone an enormous transformation. They evolved from being almost similar to feet, both in appearance and purpose, to multifunctional tools that can perform complex actions, such as grasping, gripping, pinching and manipulating objects precisely.

Where does this high level of functionality come from?

The hand represents a complex anatomical puzzle including bones, ligaments, nerves, muscles and tendons. All these structures put together fit within a small volume of approximately 150 cm3, which is roughly comparable to the volume of a standard tennis ball (Shinkai et al., 2017). Even though the surface of one hand represents less than 1% of the total body surface, the part of the brain that regulates the hand is proportionally the largest compared to the brain parts that regulate our other organs (Göker & Bozkir, 2017; Catani, 2017). Our nervous system is therefore able to precisely control the different muscles in our hand in order to produce purposeful movements. Movements that are, in addition, performed with biomechanical efficiency due to the positioning of the bones and muscles relative to each other (Werner et al., 1998). It is this combination of neural control and anatomical location of structures in the hand that creates the ability to perform complex tasks in which stability, mobility, strength and precision are perfectly adjusted to one another (Werner et al., 1998). To fully comprehend the motor skills of the hand, we need a more detailed look into these features of dexterity.

With each hand containing exactly 27 bones, the total number of bones in our two hands roughly amounts to a quarter of all the bones in the human body. The stability within the hand results from all those small bones that are interlocked and tightly held together with ligaments. The bony structures within the fingers and thumb are called phalanges and form 9 interphalangeal joints. Stability in each of these small joints is provided by a complex of superficial ligaments, including one main collateral ligament combined with one accessory ligament on each side of the finger joints (Pang et al., 2018) 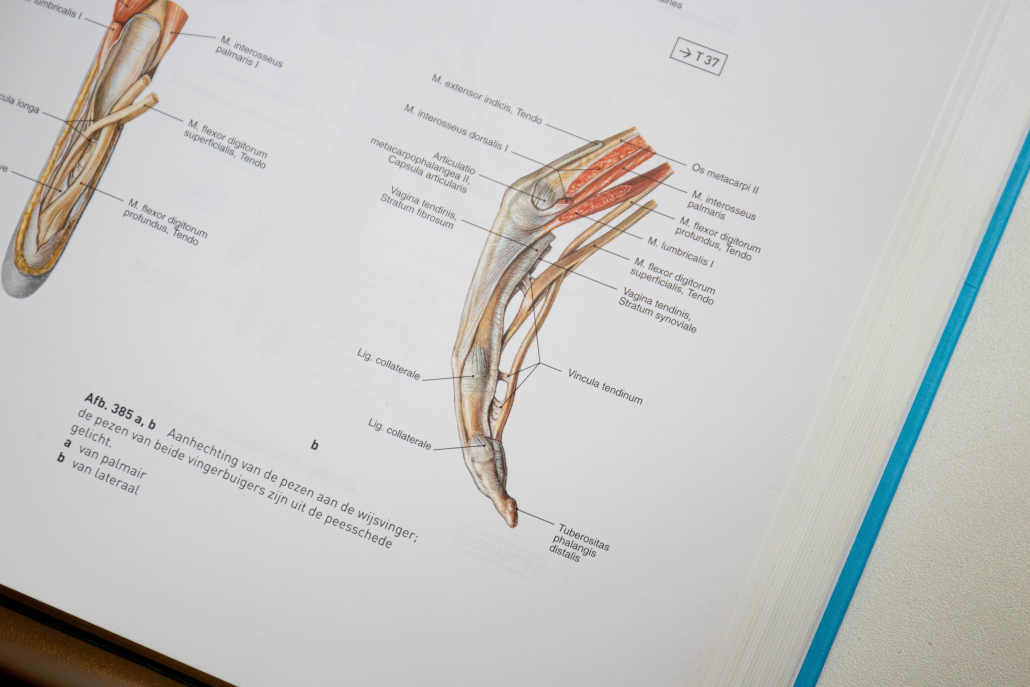 Finger circumduction, of the finger in its entirety, is possible because of the ellipsoidal joints that connect the fingers to the hand. The small joints within the fingers and thumb themselves, in their turn, are hinge joints that can flex and extend the fingers. Since we have the ability to make movements in all these different joints at the same time, there are endless combinations of functional finger and hand positions that allow the hand to adapt smoothly to any situation (Wang et al., 2013). The strength and power of the hand is predominantly generated by the long arm and finger flexor and extensor muscles. These muscles originate from the forearm and run towards both the back side and the palmar side of the finger bones. Because of their specific anatomical positioning, these muscles can both extend and flex powerfully. They can bend not only the wrist, but also all the different fingers. Hand and finger strength reaches its peak at around the age of 25, with an average hand grip strength of approximately 450 Newton (Wang et al., 2018). Strength values can even get as high as 600 Newton. This is the case for some athletes with elite hand grip strength, such as judokas (Kons et al., 2018). You can equate 600 Newton to the downward force you would experience when holding an object of approximately 60 kilograms. So, if you have difficulties imagining what it would be like to fight a professional judoka, just think of this particular amount of strength that can be produced by the hand. Hand grip strength is an important indicator of sports performance (Cronin et al., 2017). In combat sports for instance, elite athletes have a significantly higher hand grip strength than sub-elite athletes. Within the same level of competition, those with a high winning percentage possess a clearly superior hand grip strength as well.

In terms of performance, the hand reaches its full potential during sports. It has a remarkable adaptability to functional tasks performed in modern-day combat and ball sports. Those tasks include gripping, pulling, catching and throwing. That is why many athletes, recreational as well as professional, consider the hand to be an essential contributor in various sport-specific performances. Some athletes even decide to have their precious and prize-winning hands covered with an insurance policy. Manuel Neuer, for instance. The German goalkeeper of Bayern Munich had his hands insured for €3 million in 2014.

What is the current state of hand injury prevention?

Because of the crucial role of the hand in many sports and the enormous clinical and technological advances in sports injury prevention, one would be inclined to think that protecting the hand from injury is a top priority and a standard procedure. But is this really the case? Unfortunately, to this day there have been few attempts to introduce protective measures that are both effective in preventing hand injuries and developed with the use of scientifically approved methods. However, this is not entirely surprising. Meticulously designing protective gear that not only protects against the most common hand injuries but also does not hinder the basic hand functions during sports is a big challenge that many people shy away from. The logical result of this lack of efficient protective equipment is the increased risk of sustaining an injury to the hand during sports.

Hand injuries in sports, the countless incidence of incidents
Scroll to top